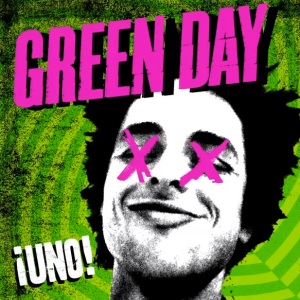 Following two rock operas that sold 18 million copies worldwide was never going to be easy. Choosing to do so with a triple album has only made things even harder for irrepressible Californian punk rockers Green Day.

The whole concept of a double album has seen great acts such as the Red Hot Chili Peppers flounder, while even the Foo Fighters struggled to keep up the quality levels on their 2005 double-disc effort.

Undeterred, Green Day have come out with a triple album, starting with ‘Uno!’, which is due to be followed up by ‘Dos!’ and ‘Tre!’ as separate releases staggered over the next four months.

And for the first time in many years, Green Day have come out with an album that doesn’t really contain anything new.

Lead singer Billy Joe Armstrong said in a recent interview that making albums has become “a lost art form”, but this doesn’t really seem like a cohesive composition, more like 12 singles in a row. Ten years ago we wouldn’t have expected much more from Green Day, but they have raised the bar with their highly ambitious last two albums.

UPDATE: The line-up below turned out to be close, but no cigar. The Foo Fighters and Kasabian are indeed headlining, but The Cure are the final bill-toppers. For the full official Reading and Leeds 2012 line-up, click here.

It’s not uncommon for people to post fake Reading festival line-ups on forums and claim that they are genuine. But last year one of them turned out the be the real deal. And now, less than a year later it appears that the same thing has happened to Festival Republic again:

If this does turn out to be genuine, then I’d say it’s certainly a much stronger line-up than last year’s and without any competition from Glastonbury, tickets should sell out fast. Certainly the return of Green Day for the first time since 2004 should prove a massive draw, particularly with their 9th studio album on its way.

The timing of this leak adds to its credibility, since the date that tickets are going on sale (March 12th) was confirmed yesterday. This would imply that the main bands have already been booked.

However, the organisers must be kicking themselves that they have let this happen two years in a row, which makes you wonder – was this leaked by the same culprit who let the cat out of the bag in 2011? If so, why didn’t they find who it was after last year’s fiasco?

Or indeed, is this series of leaks an intentional ploy to drum up more interest and boost ailing enthusiasm for this festival? After all, Reading and Leeds only sold out after a few months in 2011, as opposed to a few hours in previous years.

On the plus side, Reading organiser Melvin Benn has announced details of a youth apprenticeship scheme for the organisers Festival Republic. Perhaps the first thing he could task his new recruits with is improving online secrecy?

Six months in and 2009 is looking like a great year for new albums, with so many coming out right now that my wallet can’t quite keep up; new records from Frank Turner, Placebo and Taking Back Sunday* are all on the horizon.

As a result of this veritable musical glut, I pondered the idea of doing a top 10 of the year so far, after my tutor Jason praised my top 20 list for last year. Instead, I thought I’d branch out and list my five biggest surprises and five biggest let-downs of the year so far, as powered by Myspace and my favourite new application, Spotify. So here they are, in no particular order:

Brakes – Touchdown
A fantastically well-written album from a band who have grown beyond bizarre 1-minute tracks about porcupines and pineapples to produce some genuine indie-pop gems.

New Found Glory – Not Without A Fight
Florida’s finest return to what they do best; chugging riffs, massive choruses and enough energy to light up the national grid.

Green Day – 21st Century Breakdown
The jury is still out on this 18-track rock opera, but you have to admit (drab lead single aside) it certainly is surprising!

Fake Problems – It’s Great To Be Alive
An explosive third record from this Florida Quartet which makes you feel exactly what it promises. The thunderous vocals and uplifting melodies are simply irresistable. 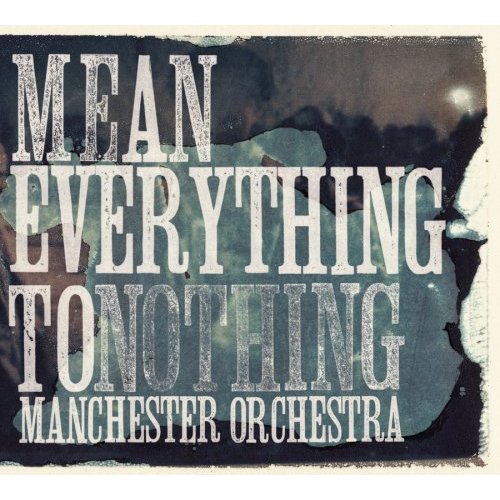 Manchester Orchestra – Mean Everything To Nothing
I’m including this as a surprise, mainly because I’m astonished they they managed to top their fantastic debut, I’m Like A Virgin Losing A Child. METN is an astonishingly diverse record with crushing riffs and moving acoustic moments. I am giddy with excitement about seeing them at Reading Festival!

Not a patch on their first record, with the synth-led approach failing to deliver any big hitting tunes, but may prove to be a grower. See my live review on inthenews.co.uk here.

Hundred Reasons – Quick The Word, Sharp The Action
This turgid effort from HR is inexplicably getting a re-issue, albeit with B-sides as bonus tracks. Admit it boys, this was not your finest moment; move on and write some new material!

Thursday – Common Existence
After talk of an ambitious triple-record, for Thursday to come out with this samey record is quite a let-down. Chunky riffs abound, along with the odd flourish of inspiration, but it’s not quite up to their usual high standards.

Flight of the Conchords – Series 2

Something of an inevitability, given how long they had to write material for the first series. I’ve Got Hurt Feelings and You Don’t Have To Be A Prostitute are particular highlights, but there is nothing to rival Business Time or The Most Beautiful Girl (In The Room). 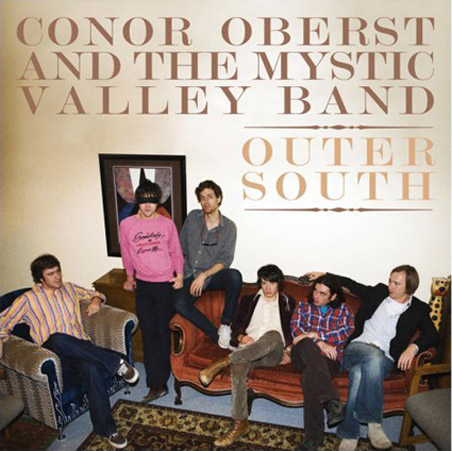 Conor Oberst and The Mystic Valley Band – Outer South
A muddled second solo record from the former Bright Eyes man, who seems to have lost his sense of quality control. The MVB are afforded seven of the 16 tracks to exercise their vocal talents and none of them are particularly memorable.

As always, any thoughts/recommendations on any of the above are most welcome.

*I know New Again is out today, but I haven’t got it just yet. Steady on!