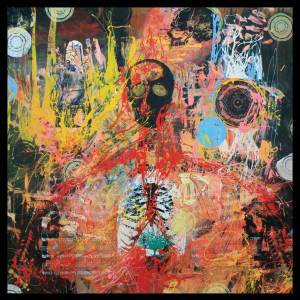 Funeral For A Friend do have more than one register. But listening to their sixth studio album ‘Conduit’, you could be forgiven for thinking that they don’t.

With only 40% of the original line-up still intact (singer Matt Davies-Kreye and lead guitarist Kris Coombs-Roberts), much of what made them seem like one of the UK’s most exciting emo-core prospects ten years ago has evaporated. Conduit is a fairly repetitious album which feels short on inspiration and bustles along for 29 minutes with barely any variation from the distortion-drenched guitars or the relentlessly angst-ridden vocals.

As a case in point, the only track that sticks around for more three-and-a-half minutes (the raucous finale of ‘High Castles’) was released fourteen months ago as part of their ‘See You All In Hell’ EP.

Indeed this song is the only one to feature a memorable sing-along, in the form of the guttural refrain: “Our words are weapons / They are our shield”.

The band’s newest recruit, former Rise To Remain drummer Pat Lundy, puts in an accomplished and energetic shift behind the kit…